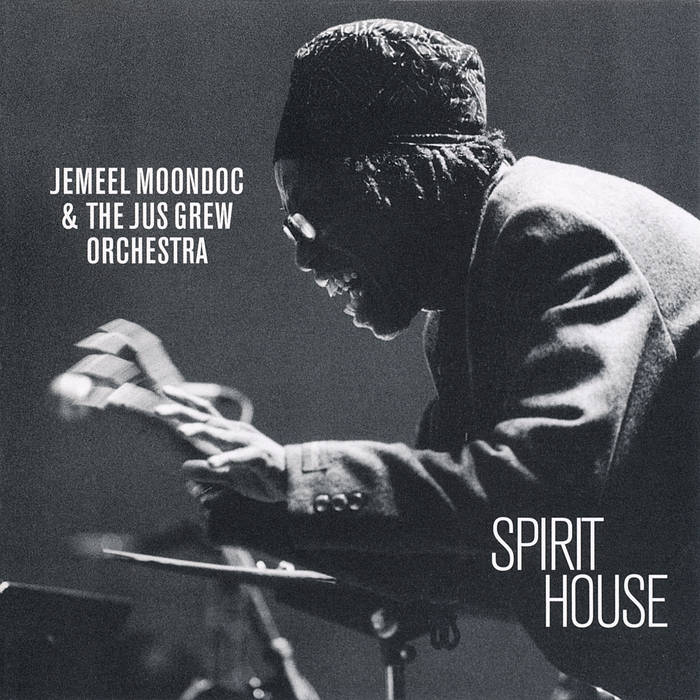 the jus grew orchestra was jemeel moondoc's chief artistic focus for nearly a decade. the band's hellified performances at lower east side venues such as neither/nor, 1st on 1st, & the newyorican poetry cafe are the stuff of underground legend. lower east side gentrification & a burgeoning conservatism in jazz combined to put the band out of work. nearly one decade later, moondoc re-formed jus grew for a series of nyc concerts & a new england tour, the source for this audio-verite concert recording. the band's combination of modern conduction techniques, blues & cosmos, super-churning rhythms, & heroic soloing will loosen the death root in your head.

Raw, loose, and wild, Jemeel Moondoc's Jus Grew Orchestra features some of the best improvisational talent east of the Mississippi. Moondoc's compositions and arrangements effectively highlight the strengths of the players, the list of which reads as a sort of who's who of the avant-garde jazz scene. Standouts include trombonist Steve Swell, who puts in one his best displays on disc; trumpeter Roy Campbell, impressive and svelte; baritone saxophonist Michael Marcus, navigating the ocean depths; tenor saxophonist Zane Massey, with a surprisingly agile performance; and drummer Cody Moffett, whose searing solo on "Spirit House" tears down the house. Tying it all together is the remarkable writing of Moondoc (who also solos on alto), with contagious riffs, danceable melodies, and careening rhythms. Never out of control and yet full of adventure, Moondoc steers the ten-piece band around a self-imposed obstacle course, in which the only guideposts are his fertile imagination. Some listeners may be reminded of some of Henry Threadgill's non-electric, early group efforts, which combined quirky melodies with non-swinging bursts of flaming brass. Moondoc translates the concept to a larger structure, with his own individual stamp and raucous ensemble writing. A band that begs to be heard live, Moondoc's Jus Grew Orchestra ignites and inflames passionately and breathlessly. If it is a bit unpolished at times, the overall spirit easily compensates. In all, a joyous fusion of hard bop and avant-garde visions. --Steven Loewy, Allmusic