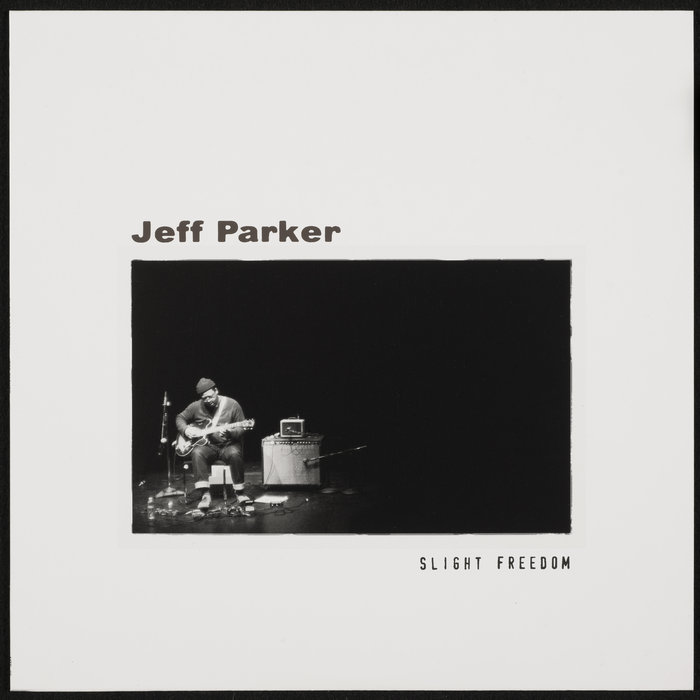 nia andrews on repeat since it dropped on vinyl. so glad i can stream it now. such a vibe.

Scott Adams I love these compositions... the moods, the way things come alive on the fly so effortless and naturally is intimate and inspiring. thank you for sharing this great work Favorite track: Lush Life.

slight freedom, jeff parker’s first ever solo record, presents the first opportunity to hear the guitarist in fully self-revealed circumstances. recorded 2013 & ’14 in the hollywood hills as he relocated from chicago to los angeles, parker combines the dark tonal palette & percussive attack he’s long been known for with real-time processing elements & field recordings, deftly crafting a unique world of solo guitar music --multilingual, mysterious, alive with extraordinary sonic events, with a sturdy intelligence in charge & a raw homestyle vibe. the record is yet another defining moment for parker in 2016, a year that already includes a brilliant ensemble album (the new breed) & tortoise’s 25th anniversary tour & record (the catastrophist).

parker’s title composition sets the album’s cavernous mood. terse lines & ricocheting loops morph into a gnarly ambient section that resembles neil young droning out over a vg+ copy of discreet music. parker creates a different sort of ambient space in his take on frank ocean’s 'super rich kids,' bending the melody around a bossa nova rhythm into a moodsville tone poem. parker makes an extraordinary long-form statement out of chad taylor’s ‘mainz,’ a piece he first recorded with taylor & chris lopes on the album bright light in winter. twice the length of the trio recording, the multi-layered soliloquy finds parker leaping from the high rung to damn near orchestral heights, pushing his techniques & concepts to their breaking points. it’s one of the great solo performances you’ll hear from a musician this year. to say “lush life” comes with formidable baggage is an understatement. parker achieves instant classic status with a rendition that sounds beamed-in from a decommissioned satellite --burned out, covered in space grit, yet still formally nuanced & beautifully reflective of strayhorn’s world-weary lyrics.

twenty years into the game it’s a joy for eremite to present work by an artist who’s clearly taking his music to the next level.