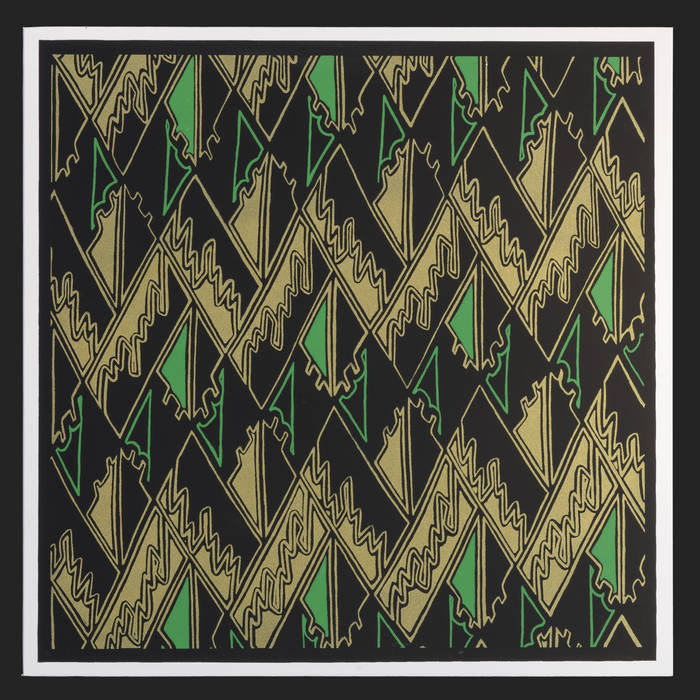 Clust3r Just the groove alone in Maroon Dune in worth it. Amazing. Moody to bits and locked in. Sex. Favorite track: Maroon Dune.

Maxime Amongst my five favorite records of 2017. Simply mesmerizing.

the follow-up to joshua abrams's critically acclaimed 2015 album magnetoception is here. simultonality, credited to joshua abrams AND natural information society (NIS), is the first recording in the project’s nine year, four album history made by a regularly gigging manifestation rather than a special assembly of friends. recorded in 2014 & 2015 in single takes by the full ensemble during & after tours of the u.s. & canada, simultonality sets out new pathways for abrams & the NIS to reach the next summit, & once more affirms the project's unique approach to joining traditional musics, american minimalism & jazz with the gnawa ceremonial instrument the guimbri.

stasis, continuity & repetition, central qualities of abrams language, defined magnetoception, a double album of beautifully spacious & unhurried music that rated high on both pitchfork "the out door" & the wire's lists of the best records of 2015. these same qualities form the heart of abrams's music on simultonality. but where abrams once said magnetoception is about “winter & death,” simultonality —in abrams's words— is an album of “pure motion.” without sounding frenetic it is the most explosive NIS music on record, & without sounding over-determined it is abrams's most structured & thru-composed music yet. much of it is also fast (“the last record was slow”), a mass of densely patterned elements swiftly orbiting constantly reconfiguring centers that are variously harmonic & rhythmic, clearly stated or implied. while so teeming & tightly packed as to sometimes seem impossible to parse, the music is at no time any more disorderly than a colony of bees pollinating a vast garden. its many moving parts function in mutualistic relationship toward fulfilling abrams's long stated intention for the project: to help listener’s achieve a meditative center & to consciously use music as a gateway to living. abrams credits the great bassist & composer william parker as an inspiration for this intention.

the musicians on simultonality date back to the nascency of NIS. along with hamid drake, mikel avery & frank rosaly are abrams first-call drummers for the project. abrams prefers two or more drummers in NIS whenever possible. on simultonality, avery is in the left channel, rosaly the right. the metallic shaker sound sometimes heard in the center of the stereo image is the rattle attached to abrams’s guimbri. astute heads may recognize the rhythm in “sideways fall” as jaki leibezeit's drum break in can’s “vitamin c.” at abrams behest the two drummers divided the beat into separate parts. according to hamid drake the rhythm was popularized, if not originated, by john “jabo” starks & clyde stubblefield of the J.B.’s. nearly ten years into its existence, abrams & the NIS wear their influences with creativity & ease.

a note on simultonalty’s closer, "2128½ south indiana". abrams is back on bass, as he was in the 1990s when serving as house bassist for the weekly session at fred anderson’s velvet lounge (address 2128½ south indiana ave, chicago). at the end of the night anderson often played alice coltrane’s journey in satchidananda as he re-stocked the bar & the musicians packed up their instruments. the open-form group improv that starts the piece makes explicit abrams & NIS's roots in free music culture, until the journey to the spirit of fred anderson & back to the glory of the velvet lounge begins. guest artist ari brown’s gently wheeling, prayerful solo comes from way deep inside chicago’s heavyweight tenor saxophone history.

along with the usual hooey about talent & vision, perseverance & sacrifice, great music just involves time. eremite released earlier recordings by this manifestation of NIS as bonus tracks —recorded 2012 & 2013 respectively— on our 2014 CD reissues of natural information & represencing. with the release of simultonality we at last definitively show the project’s direction of the last five years (& as anyone who heard abrams's november 2016 residency at chicago’s hideout knows, he is already moving on).