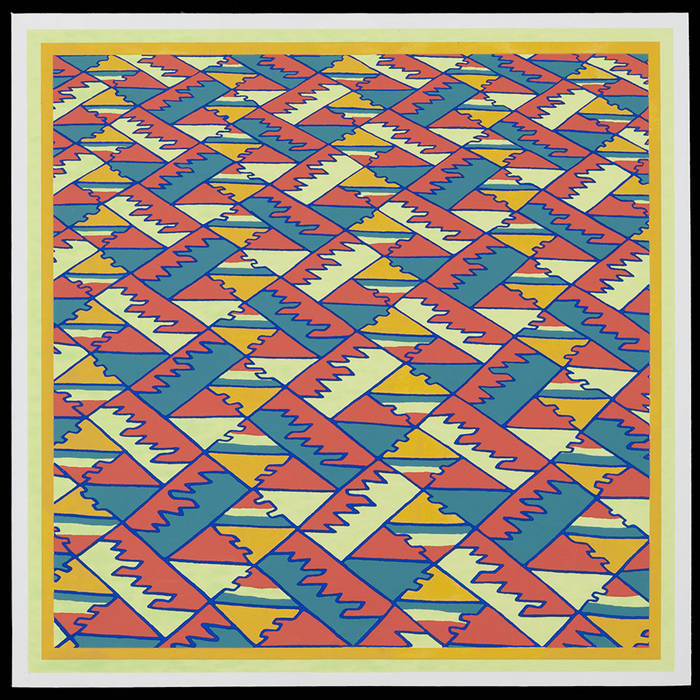 Scottie McNiece my favorite of all the NIS albums. spoiler alert: they're all amazing. but this one really gets me..

John Cratchley And so to prove the first album wasn't a happy accident...!

represencing is the second installment of the joshua abrams sound world introduced on his 2010 eremite album natural information. recorded at home in chicago summer of 2011, abrams again organizes small group statements around the resonant grooves of the north african ceremonial instrument the guimbri with a unique & broadly assimilative compositional voice. sources from traditional musics to minimalism, jazz to krautrock, animate represencing, but Abrams is always grounded in the solidity of true working musicianship & he proves himself an artist fluent not just in styles but traditions. abrams' guest musicians embrace his polyglot approach. goaded (the guimbri is partly constructed from animal-hide) by abrams to focus on a particular facet of their vocabularies, jeff parker & emmett kelly appear as finely contrasting rhythm guitarists, michael zerang gets virtuosic on a tambourine & david boykin devotes himself to altissimo long-tones & circular breathing. others perform more structural roles, such as jason stein's bass clarinet, or, as with nicole mitchell's diaphanous choir of flute parts, function as landscape. the moondog-influenced "sungazer" is an aria for tomeka reid's spirited cello. throughout the album gong rhythms, synthesizer "sub" bass, harmonium & organ return as unifying coloristic elements. abrams likens the overall experience to "entering a forest from different directions," & cites as inspirations the AACM, don cherry, arnold dreyblatt, hamza el din, popul vuh, pharaoh sanders, & sandy bull's duets with billy higgins.

any one of these pieces would play fantastically as all-night trance music but abrams opts instead to miniaturize his environments, teasing the open & 'endless' forms of the compositions to present poetic episodes that imply sonic vastness. something of an exception to this practice is the ten minute title track, a duo with drummer chad taylor that is a tour de force of two brilliant rhythm players improvising to the omega point.

Not many people can say they’ve played with ?uestlove and Axel Dörner. And that doesn’t even begin to cover the diversity of Josh Abrams’s endeavors, which also include Town & Country’s rustic chamber minimalism, grounding Prefuse 73’s jump-cut grooves, making collaged field recordings and electronics for Lucky Kitchen, backing Sam Prekop and Bonnie Prince Billy, investigating the Thelonious Monk and Jimmy Giuffre songbooks with bass clarinettist Jason Stein, and a stint in an early incarnation of The Roots. Represencing doesn’t sound like any of that. Not once does Abrams play acoustic bass. Instead he wields the guimbri, a three-string Moroccan lute, in order to once more mine the vein of Saharan psychedelia that he opened on his superb 2010 release Natural Information.
Abrams is certainly not the first Western musician to incorporate North African trance grooves into his music. Ornette Coleman jammed with the Master Musicians Of Jajouka on Dancing In Your Head, and a couple of Represencing’s longer tracks have the same hypnotic feel and spiraling progression as Sandy Bull’s collaborations with Billy Higgins. But Abrams is not content to replicate what others have already done; instead, assisted by a rotating cast of musicians drawn from Chicago’s jazz scene and Bonnie Prince Billy’s backing group, he merges Gnawa sensibilities with his own.
Some of those contributors sound quite different here than they do on their own. Tenor saxophonist David Boykin keeps his unruly energy in check on side one; his rippling phrases on “San Anto” are more akin to the brief, prodding interjections that Evan Parker uses to guide his Electro-Acoustic Ensemble, but here they navigate a rain of gongs. And on “Moon Hunger”, his playing is woven with the pattering guimbri and some satisfyingly oozy sub bass to create a blanket of sound as textured and warm as a patchwork quilt. On the LP’s other side, cantering guimbri rhythms mesh immaculately with remorselessly seesawing string and woodwind figures to especially hypnotic effect; while early minimalists like Steve Reich and Philip Glass borrowed from the music of other cultures, it never breathed as easily as on Represencing. --Bill Meyer, The Wire

“Represencing” (Eremite), a new album of earthy intelligence from the bassist and composer Joshua Abrams, can be understood as another dispatch from Chicago’s improvised-music ecosystem: serious but seductive, invested in the mysterious power of the drone. As on “Natural Information,” from 2010, Mr. Abrams mostly plays the guimbri, a North African lute, along with harmonium, bells and other auxiliary instruments. And as with that previous album, “Represencing,” due out on Tuesday, will only be available on LP, the better to appreciate the warm dimensions of its sound. Side A features the drummer Chad Taylor and the saxophonist David Boykins, finding meandering purpose in static harmony. Side B has other regular partners of Mr. Abrams, including the guitarist Emmett Kelly, the flutist Nicole Mitchell, the bass clarinetist Jason Stein and the cellist Tomeka Reid. It’s music that hints at the ceremonial without losing its modern bearings. --Nate Chinen, The New York Times

On the second album (an LP-only release) by his Natural Information Society, Joshua Abrams, one of Chicago’s most broad-minded players, continues forging his own take on ritual music, much of it built around a single chord and inspired by trance music from around Africa. This time around Abrams doesn’t use his main instrument—the bass—at all, instead crafting deep lines using the dry-toned, three-string Moroccan guimbri, which can’t help but give the results a taste of Gnawan music. But his savvy choice in collaborators, varied rhythms, and effectively lean arrangements leave little doubt that on Represencing he’s carved out his own sonic world.
For “San Anto” Abrams enlisted the iconoclastic saxophonist David Boykin to unfurl tightly-coiled tendrils of craggy free jazz, while on “Moon Hunger” the reedist served up tender, shimmering long tones across dissipated harmonium washes to create an entirely different mood. Across both sides of the record, though, the grooves are always hypnotic and circular, laying a warm, mesmerizing foundation for subtle melodic and textural exploration. There a touch of psychedelic rock in the chiming guitar patterns Emmett Kelly plays on “Sound Talisman,” a kind of post-Braxton complexity to the jagged patterns of massed winds (courtesy of Nicole Mitchell and Jason Stein) on “The Ba,” and a touch of hydroplaning funk in the licks of guitarist Jeff Parker on the appropriately titled “Cloud Walking.” It’s a terrific collection that stands easily on its own, but it’s all the more stunning that Abrams is able to borrow from various far-flung musical cultures without ever infringing upon any of them. --Peter Margasak, Downbeat