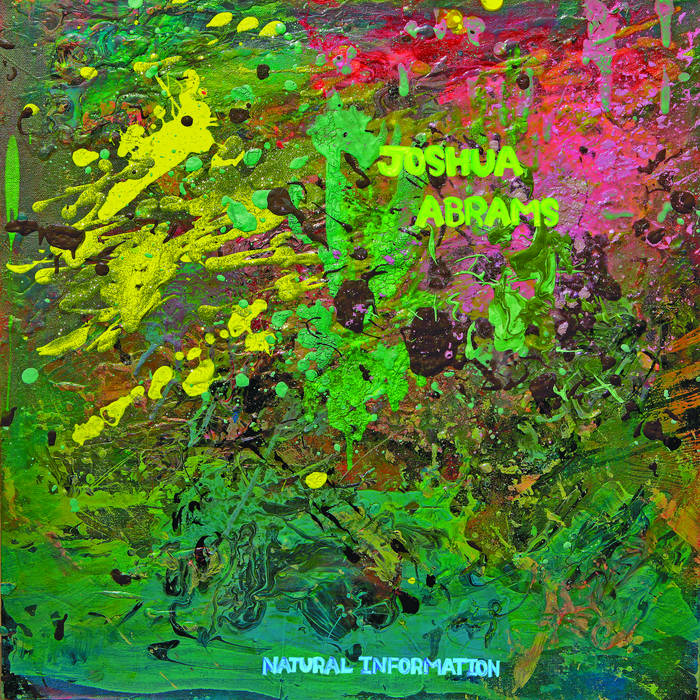 Marc Smith So, are there specific Can albums that are considered their "magic" albums or is the review just talking about all their albums?

John Cratchley This kicked off a quartet of indispensable albums from Abrams and NI...I'd never heard anything like it before (and I still haven't).

natural information, joshua abrams 1st record for eremite, is another fascinating entry in a solo discography of recordings that gather aesthetic input from all over the map into vivid personal statements. at the heart of natural information is the guimbri, a three-stringed animal hide bass traditionally used by the gnawa of north africa in healing ceremonies. combining solo, trio & quartet formats with adroit use of sampling techniques abrams creates intricate psychedelic environments that join the hypnotic character of gnawa guimbri music to more contemporary musics & methodologies. brown rice era don cherry, sandy bull's "blend" recordings & can's "magic" albums are super-heavy but in this case earned & appropriate historical reference points.

A Chicago bassist who's spread himself out over the last 15 years through all kinds of jazz, rock & improvised music, especially in the bands Town & Country & Sticks & Stones, Joshua Abrams has delivered one of the rough gems of the post-everything musical era in Natural Information. Here Mr. Abrams mostly plays guimbri, the three-stringed North African bass lute that you might have heard in Gnawan music; the seven tracks unfold in improvised low-fidelity one-chord jams with small percussion instruments, vibraphone & a little guitar. Every piece, even one recorded at the Hideout, a club in Chicago is quiet & commanding, bound by its own mysterious glue. The small Massachusetts label Eremite is releasing it only on LP, with audiophile-quality vinyl; that's good, because this is very nondigital music, & you'll enjoy hearing the spaces around the sounds as much as the sounds themselves. --Ben Ratliff, The New York Times

Natural Information gets your attention right away: it’s a limited edition, 170-gram LP and the heavyweight cardboard cover has bright abstract expressionist painting on both sides with the hand-lettered artist’s name and title barely interrupting. Chicago bassist Josh Abrams is in multi-instrumentalist, world music drone mode here, sometimes mixing samples into live performance and drawing on a plethora of ‘world’ instruments and a few close associates. The brief opening “Mysterious Delirious Fluke of the Beyond” is a solo piece for dulcimer, a steadily evolving, metallic wash of hammered strings. A second solo piece, “Cabin”, has Abrams combining a doson’ngoni (a six-string bass lute from Mali) with bells and synth. The most substantial pieces here - “Abide in Sunset” runs to 15 minutes - are played by a trio with Abrams playing guimbri (an African three-string bass with a hide resonator) and harmonium with Emmett Kelly (guitar) and Frank Rosaly (drums), using sampling and additional percussion to create densely rhythmic, gradually unfolding music that blurs the line between acoustic and mechanical repetition, deeply involving group gestalt that has more parts than a trio would suggest. “Abide in Sunset" is an extended invocation of North African gnawa music while the trio’s second outing, “Lucky Stone”, emphasizes an electric guitar-raga component, suggesting affinities with early psychedelia like Paul Butterfield’s “East-West”. A second trio has Abrams playing bass and bells with Jason Adasiewicz (vibraphone) and Noritaka Tanaka (drums) for some acoustic improvisation that’s even more sharply focused on rhythmic permutation, with Abrams’ forceful bass playing coming to the fore on “In Ex or Able”. This is engaging, deliberately hypnotic music, its style ambiguously pitched between retro psychedelia, contemporary drone and timeless North African. --Stuart Broomer, All About Jazz New York

Town & Country & Sticks & Stones are his other conduits, though he's played with just about everyone on the Chicago scene & off it, & those groups names catch something of how Joshua Abrams's natural information is conveyed: simple sound materials deployed in contexts that mix folk melody, foregrounded basslines & machined beats that insistently recall Jah Wobble's Bedroom Album (certainly more so than the Brown Rice-era Don Cherry the label is claiming as an ancestor).
For the most part, Abrams focuses on the three-string guimbri, which gives a softer, twangier sound than an upright bass, but with a resonant throb all its own. It's featured strongly on the two long tracks "Abide In Sunset" & the live "A Lucky Stone," but doubled with harmonium, percussion & Akai MPC1000 sampler. The other players on those cuts are Emmett Kelly, a different kind of guitarist to Abrams's usual partner Jeff Parker --all loopy jangles & Velvet's flavoured nod-out passages-- & Frank Rosaly, who shares drum duties with Noritaka Tanaka.
Vibraphonist Jazon Adasiewicz is the only other musician involved, adding light, fleet lines to "Dolphin Cave Dazzling" & "In Ex Or Able." The impression is of a larger ensemble because Abrams also deploys bass, bells, doussn'gouni, a Korg MS20 &, on the opening track, a hypnotic dulcimer that swoops in & out of phase with itself. This is "Mysterious Delirious Fluke of the Beyond," which might stand as title for the whole album, which is quietly evanescent, scattered with sudden breathtaking glimpses, & insistently uplifting. --Brian Morton, The Wire

Bassist/multi-instrumentalist and improviser/composer Joshua Abrams is an extraordinarily busy and versatile figure in the Chicago creative music scene. Working with musicians like Fred Anderson, Matana Roberts, and Nicole Mitchell, he could simply stake his career on being a first-call bassist; however, improvised music only scratches the surface of what his fingers and mind are capable of. He's also in demand in post-rock and electro-acoustic settings, and has even put in a stint with the Roots. As a solo artist / bandleader, Abrams has run the gamut from field recordings and electronics to open improvisations with extended technicians like Axel Dörner and Guillermo Gregorio. But even that level of eclecticism doesn't prepare you for Natural Information, which contains wholly unclassifiable improvisations from two Abrams-fronted trios as well as meditative solo music.
The trios here involve guitarist Emmett Kelly and drummer Frank Rosaly, and vibraphonist Jason Adasiewicz and drummer Nori Tanaka, respectively. Following the particulate waves of amplified dulcimer and harmonium (shades of Edward Larry Gordon) on the opening "Mysterious Delirious Fluke of the Beyond," the Abrams-Kelly-Rosaly faction strikes gold with the hypnotic West African-inspired psych of "Abide in Sunset." Here, Abrams is on guimbri, a four-stringed bass lute, hypnotically reconfiguring otherwise unadorned patterns in tandem with toms and the rattle of shakers and finger cymbals. One thinks of Malachi Favors or William Parker, though there's a starkly minimalist quality to Abrams' work. While the grit and twine of Kelly's electric guitar could be seen as foreground, his rural psychedelic echoes provide dusty counterpoint to an extraordinarily deep rhythmic canvas.
A different sort of minimalism pervades the AAT trio (Abrams, Adasiewicz, Tanaka): bass and vibes sustain a hovering dance with Tanaka's hand percussion on "Dolphin Cave Dazzling", while "In Ex or Able" is a light, clipped waltz merging flamenco strum with brushes and upper-register metallic bounce. An electronic wash folds over guimbri, guitar and percussion at the outset of "A Lucky Stone," droning underneath bright, new-day-dawning electric wrangle and the rhythm section's dry swagger. A merger of Ahmed Abdul-Malik, Quicksilver Messenger Service, and minimalist percussion music is probably the last thing you'd expect from Joshua Abrams (or, for that matter, Eremite Records). Natural Information is not only marvellously unexpected, but also a damn fine record. --Clifford Allen, paristransatlantic.com