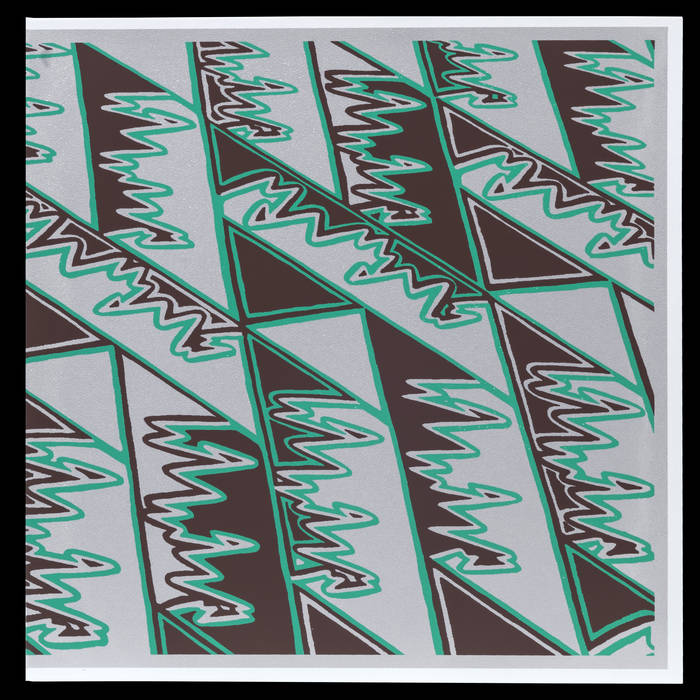 TheSlowMusicMovement All about the two main cuts. A jazz melted minimal masterpiece with a sound all of its own.

Lost Tribe Sound Feels like this album does for jazz music what Julius Eastman's 'Feminine' does for classical. Long passages of subtly shifting interlocking patterns. Really a genius equation, my kind of jazz.

👽🍹 The composition of Reich with the soul of Cherry. Mesmerizing, Abrams' best work yet. Favorite track: Agree.

babysugarbag Brilliant slow development like no jazz you've heRd before.

gradual tempos dominate mandatory reality. recorded two months before the 2017 solar eclipse, mandatory reality is the sound of joshua abrams & NIS taking its time. merging methodical compositions with sonically voluptuous orchestration, abrams heightens the immersive & hypnotic qualities JA&NIS music is known for, taking the band & the listener deep into a collective meditative space. a grand realization of long-form psychedelic music, mandatory reality is a dispatch from a sound world that is increasingly unique to itself.

Sometime in the early 2000s I went to see the band Town and Country and remember wishing that their tunes went on longer. They were clearly referencing Minimal music, but without its durational aspect. Since that band’s demise, Josh Abrams has made a series of hypnotic albums with his own group, Natural Information Society, in a different, more jazz-based direction than Town and Country. Magnetoception’s double album format allowed for an marked expansion of material; loosening some of the time restrictions let the music’s repetitions really take hold, and now with Mandatory Reality, another double album, he has made what can only be called an epic. The pieces are structured within a properly Minimalist framework, and the track lengths are extended even more dramatically to do so. Twenty or even forty minute running times are not so unusual for exploratory jazz, where solo space tends to be left open-ended, but there are few solos on Mandatory Reality. NIS is an all-acoustic ensemble here, which reinforces the chamber music vibe; eliminating electric guitars and drum kits this time removes the hints of rock, fusion or African pop music found in prior NIS lineups.
The haunting “Memory’s Prism” starts off with guimbri and autoharp playing a simple repeated scalar figure, in the tradition of many of Don Cherry’s melodies (such guimbri patterns are the foundation of much of NIS’ music). A few sustained notes are chosen to hover above it in succession, recalling Minimalist classics like Philip Glass’ Music With Changing Parts and Frederic Rzewski’s Coming Together; as denser harmonies are added, the figure shifts but the tonal center stays ambiguous. When “Finite” starts, one can’t help but notice how similar its basic melody is to “Memory’s Prism”—it turns out that “Memory’s Prism” grew out of “Finite.” “Finite”’s tempo is slightly faster, but it introduces instruments more gradually. Following the guimbri, the horns disperse the melody, each taking a single note separately, spatialized in the stereo image. At one point they start to stretch the pitches out, sax and piano adding filigrees (the sax quoting a Coltrane solo, from “Spiritual”). The guimbri phrase goes through different permutations, with notes being subtly subtracted as the piece goes on; twenty minutes in, the changes become more noticeable as the guimbri figure is now half as long as it was when it started. Over the next twenty minutes the guimbri part is further broken down until it’s a single note, with the instruments playing in unison on every beat.
This makes for a natural lead-in to “Shadow Conductor,” a shorter piece of fast, jabbing eighth notes, much like Julius Eastman’s four-piano works from the late 70s and somewhat similar to the beginning of “Ophlucus” from NIS’s Simultonality LP. The feeling, though, is more hushed than frantic. There’s a tension in the close intervals, and again some sustained tones are overlaid, as on “Memory’s Prism.” Everyone joins in on wooden flutes for “Agree,” either letting long notes twist microtonally or contributing rapidly chattering high pitches. Its ghostly ambience can also found in John Stevens/Spontaneous Music Orchestra’s ’ “Sustained Piece” or Cornelius Cardew’s The Great Learning, where massed voices carry drone tones in artless concordance.
While Minimalism has roots in modal jazz, among other things, there has been very little crossover --Stevens’ free music/drone pieces c. 1970 (as heard on For You To Share) were an early experiment, Terry Riley’s 1975 concert and radio sessions with Don Cherry in Köln & Marion Brown’s appearance on Harold Budd’s Pavilion of Dreams being rare meetings of the two worlds. Both the Shandar and India Navigation labels released albums by free jazz and Minimalist composers in the 70s, though without connecting the dots.  Mandatory Reality is a bold statement that dives headlong into the possibilities of this largely unknown lineage, a fully realized reckoning of jazz and Minimal methodologies. -- Alan Licht