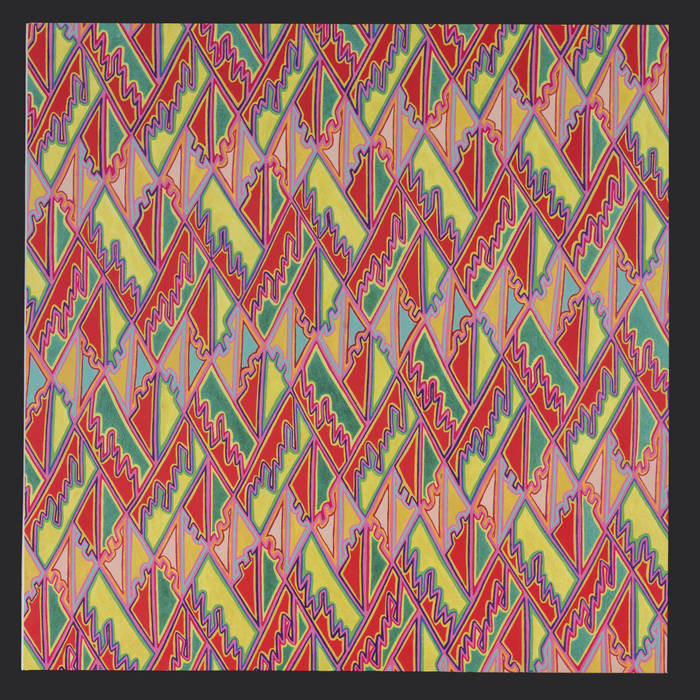 Dano Williams Scaffolding for the soul

Ben I Sabbah Sadly missed to catch the vinyl, so i was happily surprised to find it here. Joshua Abram's universe is my most important discovery in recent years - definitely in the spirit of don cherry :-) thanks & maximum respect Favorite track: By Way of Odessa.

John Cratchley On just about every 'end of year' list i've come across...and deservedly so, I think.

on magnetoception joshua abrams is back exploring new contexts for the guimbri, the three-stringed north african bass lute at the heart of his eremite recordings natural information & represencing. the artist's first large scale work on vinyl, magnetoception began as a commission by eremite for abrams to make a double LP based in extended performances by an ensemble of abrams, guitarists emmett kelly & jeff parker, & drummer hamid drake. the group recorded the nucleus of magnetoception live to two track, circled around vintage neumanns & a woodstove in a berwyn, illinois attic february 2013. over the next year at his chicago studio, parlor one, abrams added solo pieces for harp & clarinet, along with lisa alvarado’s harmonium, ben boye’s autoharp & percussion embellishments by drake.

abrams's compositions are a fascinating nexus of ideas from non-western traditional musics, minimalism & jazz designed to catalyze his musicians toward a single group-mind organism of sound. on his 2012 album represencing abrams presented his music in capsule-length pieces realized by duo & trio groupings drawn from a pool of a dozen musicians. magnetoception presents one ensemble methodically unfolding his compositions over longer durations. the performances intricately layer rhythm, melody & drone into sonic textiles of extraordinary expressive breadth, by turns dense or spacious, repetitive or indeterminate, clattering or placid.

in addition to his masterful contributions on trap kit, tabla, conga & frame drums, hamid drake acts as a direct link to the visionary music of don cherry, one of abrams's essential artistic models.

magnetoception is the fullest measure yet of joshua abrams's sound world. it sounds like no other music being made today.

Joshua Abrams’s Magnetoception came out on vinyl in mid-May, and I’ve been taking my time absorbing it, which feels appropriate. Mr. Abrams, the improvising bassist from Chicago, gathered a group around him to play music that moves in regular rhythmic paces and according to compositional direction, but slowly, with lots of contemplative space, and with modern and ancient instruments: stand-up bass and electric guitar and drum set, but also a frame drum and a guimbri, the three-string African bass lute associated with the Moroccan Gnawa musicians. Spread across a vinyl double album — or on iTunes, if you like — it’s patient, layered music that’s always heading somewhere, sometimes spare and sometimes complex and shimmering. --Ben Ratliff, New York Times

When we profiled bassist Joshua Abrams in 2012, we noted that the songs on his first two albums could go on much longer—and Abrams agreed. For the new double LP Magnetoception, Eremite label owner Michael Ehlers prodded him to test that theory. “It was almost like a dare,” Abrams says.
The songs Abrams makes with his group Natural Information Society are repetitive and minimal, based on cycling, hypnotic loops, so stretching them out might tempt him to artificially vary their sound. But Abrams decided that even less would be more. “I was trying to find ways to get ourselves to be patient,” he explains. “To move slowly, to take our time, and let the music be felt, more than moving soloistically.”
Magnetoception’s length gives space for each instrument to make subtle contributions to a quietly-building mix. These include the drums of veteran jazz improviser Hamid Drake and the guitars of the Cairo Gang’s Emmett Kelly and Tortoise’s Jeff Parker. It’s all led by Abrams’ Guimbri, a three-stringed African lute he’s used for years. “In a way, it is a simple folk instrument,” he explains. “But it’s also a very sophisticated instrument for centering the mind, for centering tension. That’s how it’s used traditionally. And even though I’m not using it traditionally, that still finds its way in.”
The members of Natural Information Society craft Abrams’ songs like painters composing a landscape, or bricklayers constructing a building, with patience and devotion that values long goals over immediate gratification. Inside these calm journeys lie new sonic revelations, which might not have come in shorter durations. “I find that the most energy comes from when you make a new discovery, so I try to make environments where we can find new things,” Abrams says. “Often songwriters say it’s about creating an attitude, but I think it’s more about creating an environment.”
There might be some politics in that as well—though Magnetoception is wordless, it holds a message about how to move through the world. “If our music’s political, it’s because it offers the possibility of slowing down,” he insists. “We live in the age of attention and availability, and I’m not saying this is Luddite protest music, but it is offering a certain level of experience, and it operates in slightly different ways.”
In that process, Abrams makes music that falls between genres. There are hints of jazz, rock, raga, and many cultural musics, but it all feels singular. “Genre can be something that you don't fit yourself into as much as you use,” Abrams says. “What does it mean to access it? Compositionally, what does it mean to put weight in one position and a counterweight in another? It’s about putting us in a situation where we can find things.” (Read an extended version of our interview with Abrams here.) --Marc Masters, Pitchfork

The bass player tends to be the musician you count on to be there, the one who holds it down. Joshua Abrams has no problem doing that; witness his work over the years with Matana Roberts, Town And Country, Nicole Mitchell, Bonnie Prince Billy, and the Roots, amongst many others. But he exerts a different gravity when he convenes the Natural Information Society, a variably configured ensemble that gathers around Abrams and his guimbri.
The guimbri is a Moroccan bass lute used by Gnawa musicians such as the Maleem Mahmoud Ghania in nightlong healing ceremonies, and Abrams has had one in his instrument collection since the late 1990s. He doesn’t try to play it in a traditional fashion, but he remains mindful of its original intent and makes a point to play up the instrument’s centering qualities. While you can’t play it fast, and it only has so much range, each note that comes out of it has palpable shape and heft, which enables it to cut through whatever sounds surround it. This presence makes it uniquely suited to commanding and refocusing awareness.
Abrams first recorded his guimbri on Fred Anderson and Hamid Drake’s From The River To The Ocean, where its sonorities added to the pan-cultural beatitude that Drake brings to any setting. But it was still essentially the exotic seasoning on a free jazz session, fulfilling a role similar to Ahmed Abdul-Malik’s oud on John Coltrane’s “India.” But on the Natural Information Society’s records, the guimbri is the center of gravity. Orbiting around it are an array of vibes, strings, and woodwinds playing elements of jazz, rock, and minimalism. That center is also a broadcast station, generating a signal that jams overstimulation and adjusts the rate of listeners’ conscious processes to match its own.
The first two NIS records, Natural Information and Represencing featured mostly shorter pieces, played by a shifting line-up; they established the parameters of the project’s sound world in digestible form. The music rarely stretched out like is so often does in concert. Magnetoception is a double LP, though, so it has more space to devote to the society in full-on, trance-jam mode. While Abrams adds harp, clarinet, and celeste on some short pace-changers, most of the record is devoted to elongated performances by the same group of musicians. Drake plays frame drum, trap set, and tablas; Lisa Alvarado contributes flickering harmonium tones; and guitarists Jeff Parker and Emmett Kelley offer contrasting elaborations upon the compactions of melody and rhythm that emanates from the guimbri. The side-long opener, “By Way Of Odessa,” uses patience and understatement to draw you in, and near subliminal drones to hold you in place. The next piece, “Lore,” is nearly as long, and it brings the drone to the front, only to vary it with subtly dubby effects. Although the music is hypnotic, trance doesn’t lead to easy bliss. The guitars add grit as well as languor, commanding sharpened attention rather than drift. The Gnawa use their music to banish demons and ease suffering; Abrams uses his to draw us into a state that is altered but quite alert. It’s not just a great set of grooves, but an antidote to the splintered attention of 21st century living. --Bill Meyer, Dusted in Exile