descension (Out of Our Constrictions) 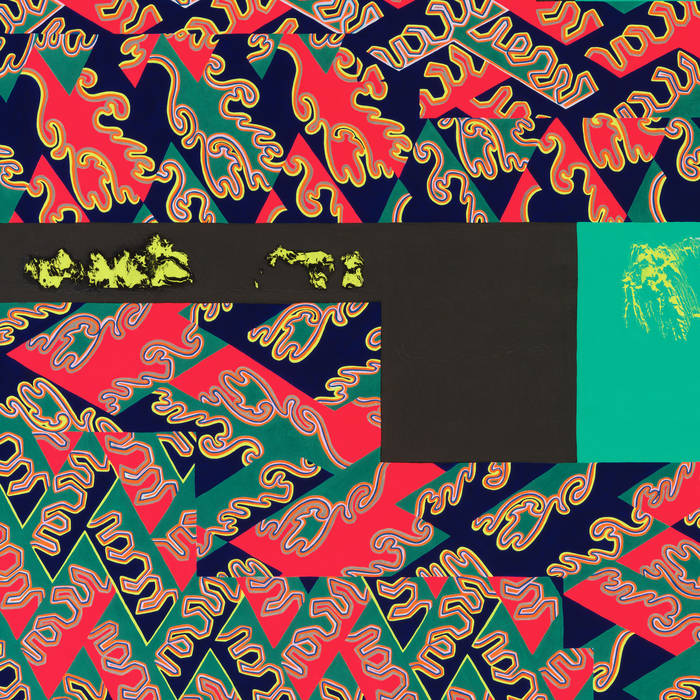 Nicholas G Morlet I was gardening and listening thru headphones, and my housemate came out with a cuppa. I sticked them on his head, and he said it was like the Tattouine band had entered the opium den. real good one

Peluche Brutale some 13 minutes into descension I you start getting what makes this collaboration unique - Evan Parker circular technique married to the droneing sound of the natural information society make for a kaleidoscopic, expansive rollercoaster of sounds that is deeply rewarding - the crowd seemed to acknowledge

Rich in musical associations yet utterly singular in its voice, joyous with an inner tranquility, the music of Natural Information Society is unlike any other being made today. Their sixth album in eleven years for eremite records, descension (Out of Our Constrictions) is the first to be recorded live, featuring a set from London’s Cafe OTO with veteran English free-improv great Evan Parker, & the first to feature just one extended composition. The 75-minute performance, inspired by the galvanizing presence of Parker, is a sustained bacchanalia of collective ecstasy. You could call it their party album.

This was the second time Parker played with NIS. Joshua Abrams: "Both times we played compositions with Evan in mind. I don't tell Evan anything. He's a free agent."

The music is focused & malleable, energized & even-keeled, drawing on concepts of ensemble playing common to musics from many locations & eras without any one specific aesthetic realization completely defining it.

“The rhythms that Mikel plays are not an exact reference to Chicago house, but that’s in there,” Abrams says. “I like to take a cyclic view of music history, can we take that four-on-the-floor, & consider how it connects to swing-era music? Can we articulate a through line? I dee-jayed for years in Chicago & lessons I learned from playing records for dancing inform how I think about the group’s music. The listener can make connections to aspects of soul music, electronic music, minimalism, traditional folk musics, & other musics of the diaspora as well. It’s about these aspects coming together. I don’t need to mimic something, I need to embody it to get to the spirit, to get to the living thing.”

For jazz fans, the sound of Parker’s soprano & Jason Stein’s bass clarinet might evoke Coltrane & Dolphy, even though they didn’t necessarily set out to do that & they play with complete individuality. Abrams sees a bridge to the historical precedent, too. “Since we first met in the 1990s, one of the things that Evan and I connected on was Coltrane’s music,” he says. “I hoped that we would tap into that sound world intuitively. In this case, I think that level of evocation adds another layer of depth, versus a layer of reference.”

Indeed, this is a performance in which the connections among the ensemble & the creative tension between improvisation and composition build into a complex mesh of associations & interactions. While the band confines itself to the territory mapped out by Abrams’ composition, they are remarkably attentive & responsive, making adjustments to Parker’s improvisations. When Parker’s intricate patterns of notes interweave with the band, the parts reinforce one another & the music rockets upward. Sometimes, Parker’s lines are cradled by the group’s gentle pulse & an unearthly lyrical balance is struck.

Drummer Mikel Patrick Avery is locked-in, playing with hellacious long-form discipline, feel & responsiveness. Jason Stein’s animated, vocalized bass clarinet weaves in & out with Lisa Alvarado’s harmonium to state the piece’s thematic material; the pulsing tremolo on the harmonium brings a Spacemen 3 vibe to the party. Abrams ties together melody & rhythm on guimbri, a presence that leads without seeming to. Like his bandmates, he shifts modes of playing frequently, improvising & then returning to the composed structure.

“As specific as the composition is, the goal is to internalize it & mix it up,” Abrams says. “The idea is to get so comfortable that we can make spontaneous changes, find new routes of activity, stasis & byways every gig. It’s like a web we’re spinning. If someone makes a move, we all aim to be aware of it, make room for it. Experiencing & listening is what it’s about, & Evan supercharges that.”

& “supercharged” is the word for this album. With Parker further opening up their music, descension (Out of Our Constrictions) is the sound of Natural Information Society growing both more disciplined and freer, one of the great bands of its time on a deep run.

Breath & pulse, an unforgettable strategy for transferring energy between musicians feels more directly related to endurance than typical designations of music. The possibility of a never-ending breath allows for the weaving of complex explorations of tonal possibility between harmonium, guimbri, drum, & horn that leads to non-conventional strategies of harmony & unity. The rhythmic engine further develops the pulse, shifting the sounds from recognizable forms to other worlds of sound development & masterful play. Natural Information Society balances knowledge of historical musics with the possibility of new futures, combing many exploratory cultural idioms that help us remember the heart & low sound and hum through meditative, spiritual new music.

Music has the potential to embed us in a state of unlimited possibility that leads to another kind of emotional & spiritual territory. It is this meditative possibility that leads to trans-potentials. The music constantly allows us to shift if we stay with it long enough. Descension (Out of Our Constrictions), a 75-minute composition spanning four stations on a double-sided LP, allows us to experience that build-up. In July of 2019, I had an opportunity to play with Natural Information Society in Berlin at Arkaoda & experience the build-up first-hand. I remember feeling very happy to be away from the political complexities of the United States but still close to the culture that made me. I came to hear the ensemble as a listener & believer in the music and Joshua asked me to sit in with the group. Given the times, I chose to riff on, “My Country Tis of Thee.” Descension began & for the first 45 minutes, it unfolded. People danced & cheered & really listened. The groove was set & the intentional house/trance/drone was so evocative & in many ways, a polyphony of Chicago sounds. Abrams nodded & I joined. The ongoing rhythmic intent made it easy for me to choose a phrase & stay with it. I remember chanting over & over, sweet land of liberty, sweet land of liberty. Then, from every mountainside…. from every mountainside…..toward the end of the 40 minutes of so, I was exhausted from wailing… from breathing & shouting, let freedom ring. By the time it was over, I was on the floor & the energy made a shift from a state of trance-like intention to, what felt like a rock concert. We were all the way in. I opened my eyes & the band was still holding it down, with more intensity, but still in the zone, locked. It was like freedom was being nestled between pulse & breath & I was exhausted from wanting it & wanting to participate, in a freedom song or a free state.

Breathing in the wake of George Floyd’s death then takes on a new dysfunction – a new tonal idiom. To be choked or to be unbalanced, for a note to be held back or a sound to be silenced, no longer feel like jazz devices, but rather, a reaction to the complexities that occur on our streets & in our cities. There are shouts, but they are not wailings, there are utterances, yet they are not full speech. It is this truth that links Descension (Out of Our Constrictions) as a sign of the times. Natural Information Society forces us to imagine the myriad of voices that have fallen on our streets and hear cries & shrieks in the music as a way to understand the immeasurable & often unmediated circumstance of violence that is our new truth. & yet, within the unsettling horror of this day, there is a mantric pull that refuses to cease. An impulse toward redemption. -- Theaster Gates