Captain of the Deep 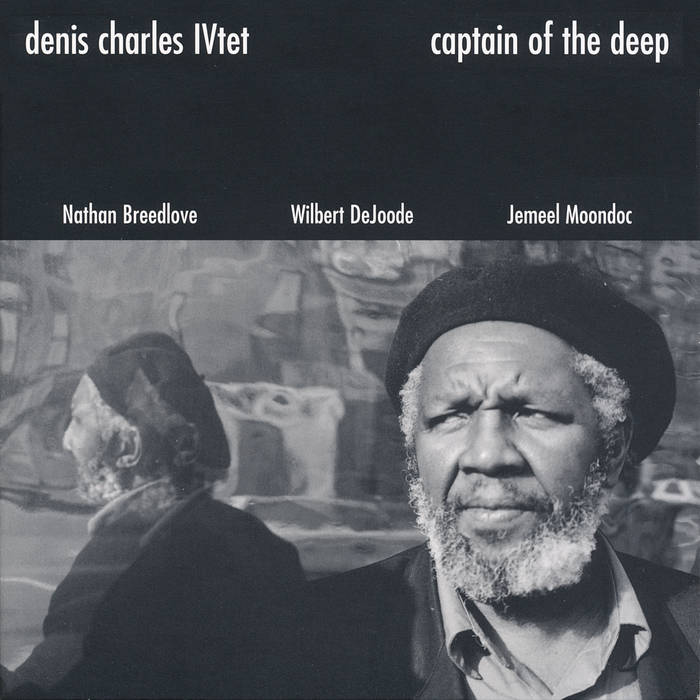 Captain is an imposing live set led by the late drummer Charles (he died the day this was released). With a resume that included time with Steve Lacy and Cecil Taylor, Charles was firmly ensconced in the restless beauty of the free jazz world, and that sort of passion and joy overflows here. His group draws its sound from Albert Ayler and early Ornette Coleman, with stirring folkish themes that turn into blazing marathon solos. Its all-encompassing exuberance draws funeral wails, blues, African rhythms and down-the-line bebop into one roaring vortex. This band includes veteran avant-gardist Jemeel Moondoc on alto and Nathan Breedlove, now with the Skatalites, on trumpet. Their music is consistently powerful but controlled. They are both careful never to go so far out that they leave the other musicians behind or destroy the fabric of the melody. They are uplifting both on the crazed, martial air of 'We Don't' and the bluesy improvisations of 'Round About.' Add Wilbert DeJoode's deep-souled bass and Charles powerful drumming and you have an amazing, hot-blooded session with the best features of modern jazz. It sounds both ancient and up to the minute at the same time. --Jerome Wilson, Option

Recorded at the Zuid-Nederlands Jazz Festival in Holland, this piano-less quartet features drummer Denis Charles with Jemeel Moondoc on alto saxophone, Wilber DeJoode on bass, and Nathan Breedlove on trumpet. With a sound often approximating the work of early Ornette Coleman, the two horns spurt attractively dissonant themes, after which the four players turn out repeatedly fascinating solos and interactive lines. Underrecorded Breedlove is surprisingly agile and charmingly ragged, with a clear debt to Don Cherry and Bobby Bradford. Unsung giant Moondoc is stunning throughout, with twisted, winding lines stretched across a brush of vibrant colors. Charles smolders with excitement, driving hard and pushing forcefully, but laying low when necessary. Its great melodies and adventurous solos make Captain of the Deep a vital inside/outside document of the 1990s. --Steve Loewy, Allmusic